This weekend, I took the ever-so-glamorous bus from New York City to Washington DC to visit my favorite bride-to-be / my college bestie and her soon-to-be hubbie. Not only was I dying to catch up with them on their wedding plans, it was also my first time getting to know the DC area.

First, a note on my stylin’ ride — Vamoose buses — I was really impressed! Bus travel is not usually ideal (or even all that safe) in America.  The Vamoose bus is swiftly changing this reputation though.  With clean, comfortable buses fully equipped with WiFi, plugs for your chargers, and a completely acceptable bathroom, I highly recommend this $60 round-trip bus trip to anyone looking to explore these two cities or any of the other of the Northeast destinations that Vamoose travels to (Maryland, anyone?). 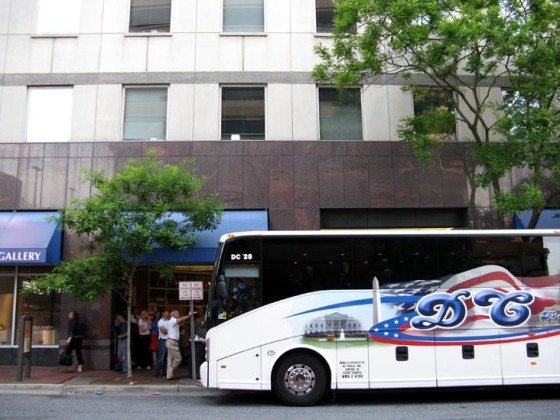 My lovely hosts live in a town called Arlington just over the bridge from DC in Virginia.  I was told it’s a similar set up to Hoboken and Manhattan (nearby, good as it’s own stand alone town but a quick commute into the hustle and bustle with lower rent prices to boot).

In my efforts to mix a bit of tourism with feigned localism, I did my best to get a feel for the DC way of life.  In doing so, I’ve compiled my top ten things to do in Washington DC (and the surrounding areas).

1. Go to the White House — Wave to Michelle and Barack, take a picture, see if you can see the snipers on the roof or a helicopter landing (for some reason I found the roof snipers to be so epically cool).

2. Tour the major monuments around the Mall — All in a relatively easy walking vicinity there is the Washington Monument, Jefferson Memorial, Lincoln Memorial, Roosevelt Memorial and MLK Memorial. Plus, a really nice park for your strolling. 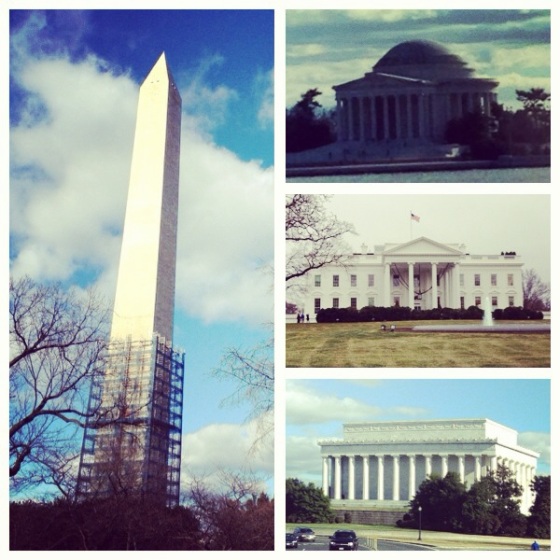 3. Have a protest on Capitol Hill — ….Or just take a picture there. See the lobbyists and politicians popping in and out.  Or, if you’ve caught it during a government shut down maybe a tumbleweed will roll by.

4. Visit the Newseum — Widely recommended to me as the best museum Washington DC has to offer. Unfortunately, this 7-story gallery is also one of the few in the city that is not admission-free.

Articles in the Newseum (photo courtesy of commons.wikimedia.org)

5. Go shopping in Georgetown — Peruse the shops, gawk at the multi-million dollar “row houses” as they’re called, eat a cupcake (Georgetown Cupcakes, Baked & Wired, and Sprinkles all sit in this delightful neighborhood). 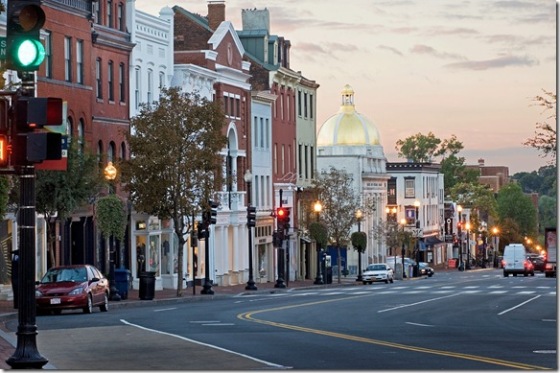 6. Eat at one of the many Top Chef winners’ restaurants throughout the city

Other great restaurants worth trying despite their lack of Top Chef presence include:

7. Take a hike on the Theodore Roosevelt island trails — Smack dab in the center of the Potomac River, this island is only accessible by pedestrian bridge and is ideal for walkers and runners in search of a little nature sanctuary in between Arlington and DC.

The trail through Roosevelt Island (photo courtesy of arlnow.com)

8. Find a bargain at Eastern Market — A diverse, well-priced market selling everything from furniture to clothing to food.  Spend an afternoon hunting for a bargain with friends. 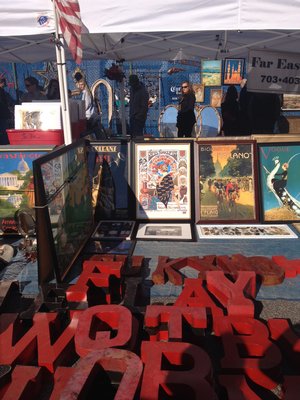 9. National Gallery of Art and the National Portrait Gallery — In the heart of downtown DC and in some of the most beautiful buildings, these galleries house some of the finest American art available. The portrait gallery is home to the only complete gallery of presidential portraits outside the White House.  In the winter, the National Gallery sets up an ice rink — holiday spirit and art? What more could anyone ask for! 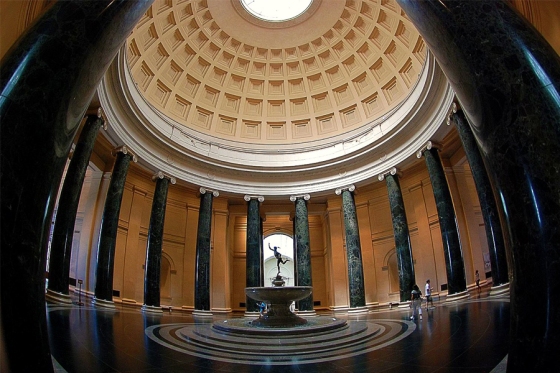 The rotunda at the National Gallery of Art (photo courtesy of clotureclub.com)

10. Get swanky at the W Hotel’s P.O.V. Bar — One of my favorite things to do in a new city is go somewhere high and look down at the city.  I don’t know if it’s because I really wish I was Jack from Jack and the Beanstalk or what, but it’s a nice way to get your bearings. It also doesn’t hurt if that high place I’ve gone to serves swanky cocktails…

Countdown to My Next Trip